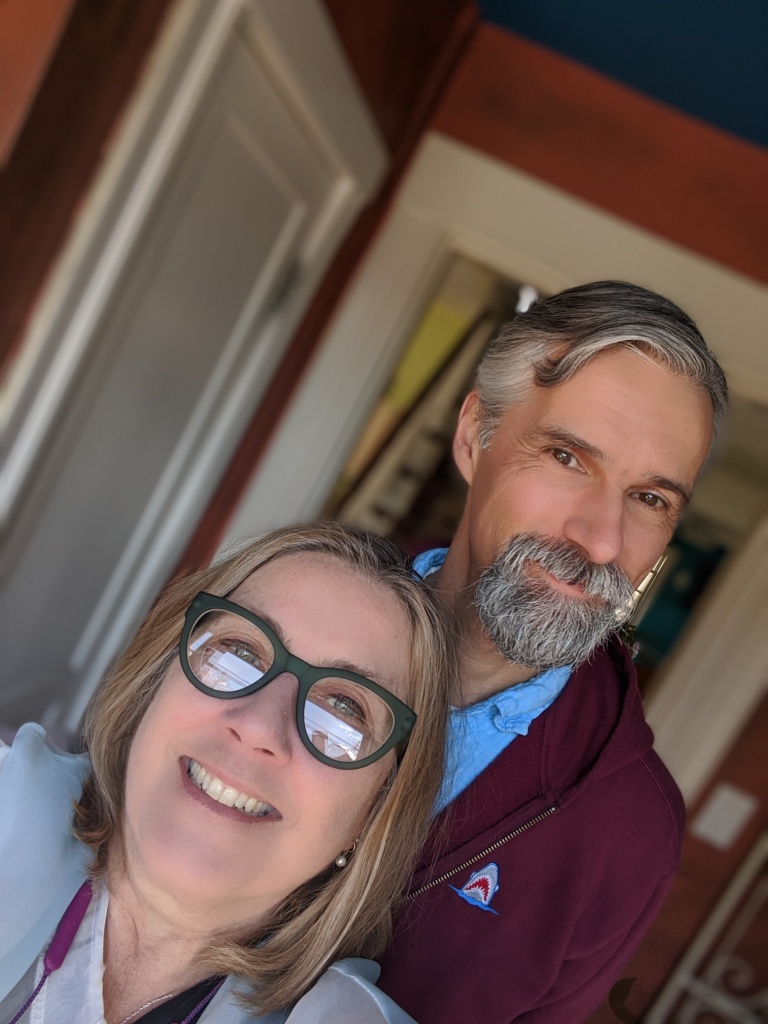 He said yes to an invitation from his co-worker (my BFF, Celeste) to join a bunch of her nerdy college music friends on Boston Common to hear Manhattan Transfer.

Celeste had told me she invited Duncan, thinking he’d enjoy it and the rest of the gang.

Considering the concert was taking place in an outdoor public city park/venue, it was great. Manhattan Transfer sang some of our favorite songs (like Java Jive, Nightingale). They were pretty amazing!

At the time, I was working breakfast and lunch at Seasons in the Bostonian Hotel, Faneuil Hall/Quincy Marketplace; Celeste and Duncan worked at one of the banks in the Financial District a few blocks away. Of late, Cel and I had made a habit of meeting up Fridays after work at the Union Oyster House.

This particular Friday, in January 1986, Cel invited Duncan to join us.

Maybe ’cause there were just the three of us (and fewer distractions?), this time we had lots to talk and laugh about.

After that, Duncan and I went to the annual animation film festival at Orson Wells Theater in Central Square, Cambridge. I had never been. So fun!

As I remember it, we went for coffee and shared a slice of carrot cake afterward.

Looong story short, we married a few years after. With many of our best people present. On a drizzly Saturday. Thirty years ago today.

I’ve now known him for more than half my life. Where’d the time go? How’d we do that? We are from completely different planets.

Happy Anniversary to us.

Header image: Taking a moment to mark the occasion ~ mas